Hjärnstorm is an independent journal of art, literature, philosophy, and contemporary debate. We publish essays and articles on current trends in the present, art submissions by international and Swedish artists, and contemporary literature from the country’s best writers, along with new translations. Four issues of the magazine are produced each year. Each release is a unique experience: the participating authors read their texts, an art project is discussed, and sometimes we have a panel discussion on the theme of the issue. Hjärnstorm’s exhibitions are planned and curated by the editorial curator’s group under the name of Galleri Hjärnstorm. From 2003 to 2006 Galleri Hjärnstorm was a physical gallery space on Valhallavägen 138. Hjärnstorm is a collaborative endeavour of established artists and scientists mixed with those of debutant poets and young academics.

Hjärnstorm is an independent arts and culture journal with contributions from international and Swedish artists and writers, along with new translations. Each edition is a unique experience that can include readings, art projects, and panel discussions. Hjärnstorm is a collaborative endeavour of artists, writers, scientists and academics.  In our exhibition booth we will present works from artists, writers, editors etc that has been involved in the magazines latest issues. The theme for # 142–143 of Hjärnstorm has been duty and escape, two words and concepts that often cross each other's paths. We follow escape routes from Palestine,Yugoslavia and Crimea leading to camps, sinking boats and new hometowns, without belongings from the past. The magazine's forthcoming issue, which will be released in the autumn of 2021, will have a mixed content with a broad focus on literature and art. 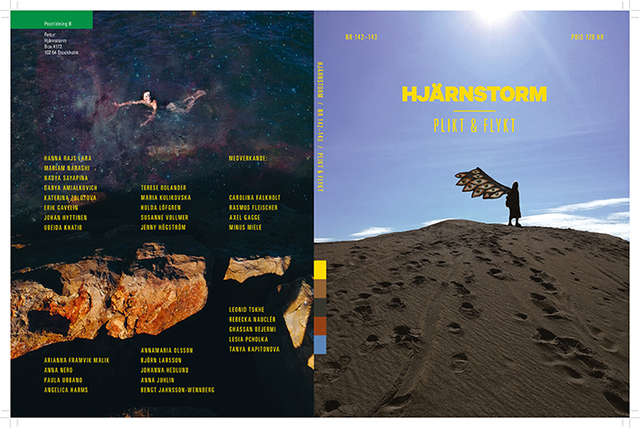 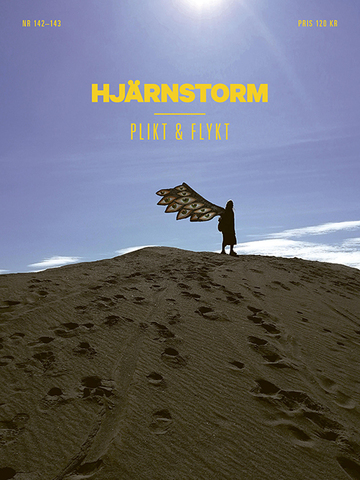