EULENGASSE is an artist-run space in Frankfurt am Main, Germany. It provides a platform for artists and people interested in contemporary art and culture. Founded by artists in 2003, it purpose was and still is to run a gallery, to maintain studios for its members, and to create a space for debate and exchange about contemporary art. EULENGASSE is independent of the art market, the venue is open to the public and invites everybody interested in the arts. It shows a wide variety of different and even controversy perspectives on contemporary art, culture and society. EULENGASSE shows exhibitions of its members and also invites artists from around the world. According to a non-for-profit organization EULENGASSE provides appropriate formats for presentations and exchanges. In addition to exhibitions EULENGASSE also organizes discussions, lectures, film programs, performances and excursions.

St. Credibiltiy Necessity and the executed world It seems that the world creates necessities which have almost nothing to do with necessities of human beings. Structures are going along musts and to-do´s. The organization of the conditions for success requires energy and attention. In view of an exhibition with the title St. Credibility and according the question: Does art production follow human necessities and if so how does it appear? Here is a list of a few questions: Does social appreciation tell us anything about the substance of a sujet? What is the effect of different forms of social appreciation for the image of the artist? What is the effect of different forms of social appreciation for the artistic production? What are the criteria for sense and nonsense? Is there a difference between the production of art and other production under the conditions of free market economy? The concept for the exhibition is an ongoing process. So far six artists of EULENGASSE developed works and sketches for that exhibition. 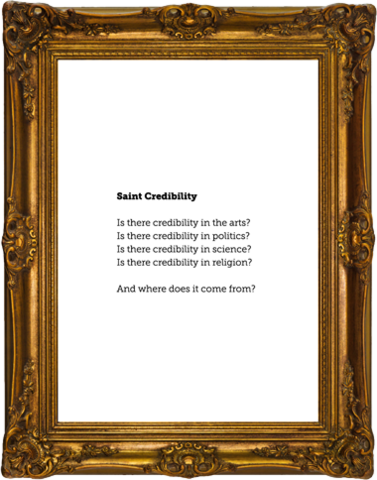