E T A J is a Bucharest-based artist-run space, made up of a group of Romanian artists reunited under the idea of conceiving a cultural cell. They follow no conventional pattern while self-curating their exhibitions. They showcase their works and experiment a lot while traveling (featuring in-situ projects in a volcano crater or initiating performances in the city center). They often install their easy-assembling white-cube gallery cell inside other art spaces or natural/anthropic habitats.

When the E T A J initiative showcases out-of-state, they go collective. The proposal for Supermarket Art Fair 2022 in Stockholm is making a slight reference to the art market mechanisms, in a manner that emphasizes the East/West dichotomy, that often occurs while traveling as a nomadic presence, and E T A J has done that in the past, since their launch in 2018. They first opened up a rhizomatic space in Copenhagen in 2019 (announced as E T A J K41). In 2021 they were participating at Juxtapose Art Fair in Aarhus, first edition. While encountering artist run-spaces from other cultural areas of the world, of course, comparisons arose as to how the mechanism of artist-run spaces works within different social structures, where political strategies also function differently. Cultural identity is the research project for our 2022 participation at Supermarket Art Fair. While questions about the cultural differences may get heated responses in a collective art show, e.g., remembering the Interpol exhibition in 1996 în Stockholm, where results lead to a scandal of proportions, E T A J project would assess its stance on the subject, through fine criticism and a performative concept that would suggest the missing piece of Interpol project: try to engage in an open and fair conversation. 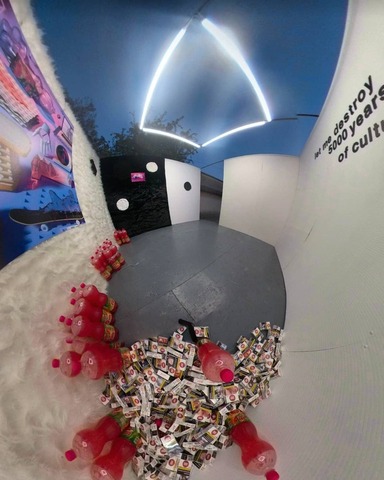 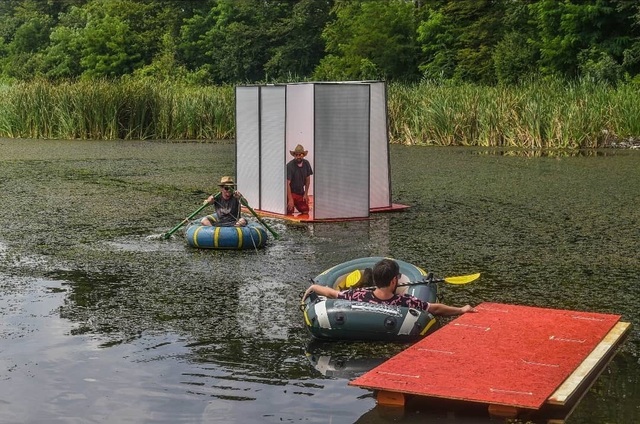 The founders of E T A J artist-run space, Mircea and Dumitru,setting up the OFFSHORE WHITE CUBE exhibition on the lake, August 2020 courtesy of E T A J 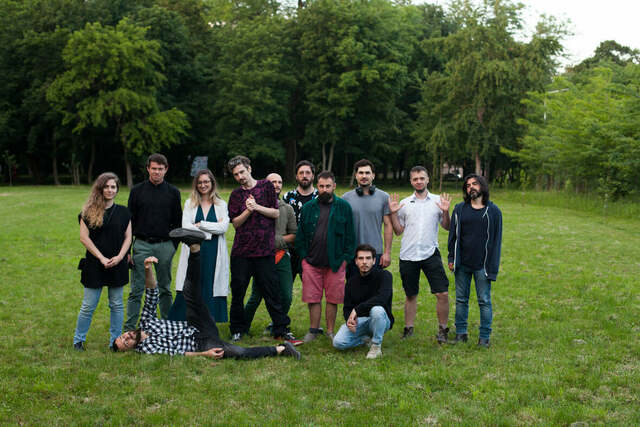 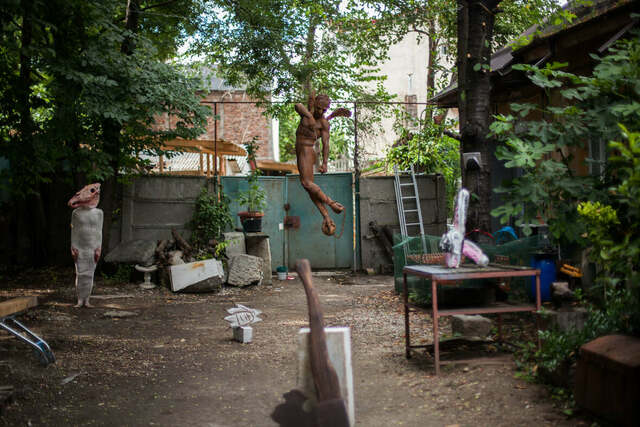 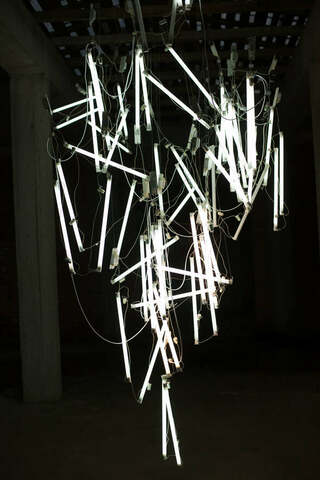 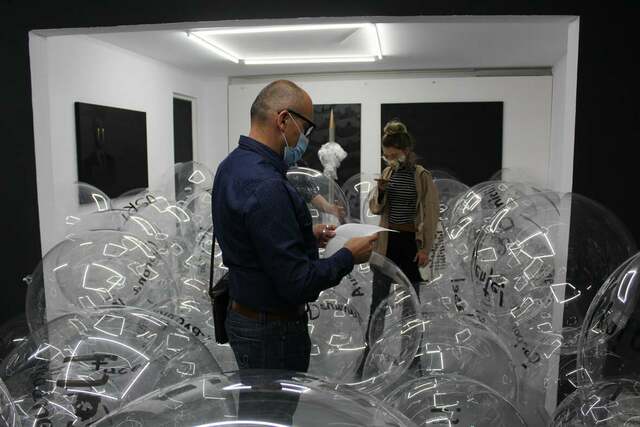